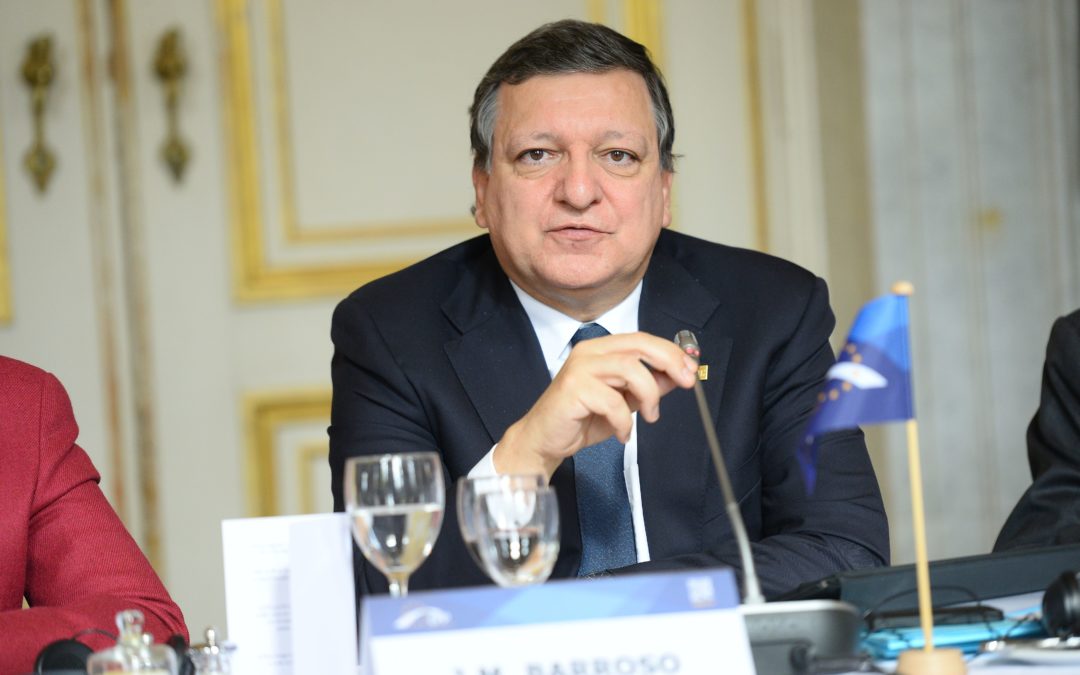 With the turmoil in Turkey and the atrocious attacks of Nice, Munich, Würzburg, Amsbach and Saint-Etienne-du-Rouvray, an important EU side issue can go almost unnoticed: the bank Goldman Sachs announced that Ex-Commission President José Manuel Barroso is joining their ranks as senior advisor.

The irony of this move is that Goldman Sachs, one of the largest players in the financial industry and carrying considerable responsibility for the greatest economic crisis since the 1930s, is now employing the man whose biggest job it was to regulate the banks after they got us into this mess.

Public outrage is huge, albeit only amongst those who follow EU politics and the financial crisis. France has officially asked Barroso not to take this position. Legally, there are no obstacles – a cool-off period of two years has been respected, and politicians are allowed to join private companies. The other way around, it is even desired: business and other professional experience is regarded as useful for appropriate political judgment.

That brings us to the question: how much of a problem are revolving doors? And what do „cool-off“ periods do? Or should there even be closed doors?

Let’s first have a look at who benefits from hiring a political top executive.

First question to ask is – what are they hired for? Chances are high, that Barroso, who originally studied law and political science, was not hired for his outstanding business or banking skills. Whenever you held a political top job, you do know people, you do know processes, and that’s exactly what you are bought for. Even after a few years. EU policy decision circles can take a long time, and certainly longer than 2 years. Decision-makers build expertise and networks in their respective sectors and will be helpful even decades later. Building these networks is a major task of lobbyists – and their own prior or current positions determine how high-ranking their network gets.

So the second question is: can former political top executives really make it easier for their companies to lobby? Yes they can. Ronald Pofalla, former Head of the German Chancellor’s office and now with Deutsche Bahn, is such an example – he is well-versed internally and externally. Gerhard Schröder for Gazprom just as much. Political friendships last, and these are the top guys.

However, that’s not all. Pofalla is a good example of someone who has proven his management skills and applies them in business just as much as he has done in politics, and who is respected within the company for these skills. Getting into political top jobs may work based on a sound network alone, staying there however does require skills that are useful in management and that allow former politicians to be successful business managers in a later career.

The question remains, are such job moves acceptable, or under which conditions are they acceptable, and if not, what to do about it?

Closed doors instead – what would the consequences be?

Let’s first look at what would happen if we just simply closed the doors. No more risk of unhealthy hires of politicians, and a clear guideline from the beginning. A politician stays a politician or goes into an academic or otherwise different profession.

This could be an option – if political top executives received continuous life-time remuneration. Because otherwise, there is absolutely no incentive for politicians and administrators to take on political top jobs. These are always temporary, so there must be either the freedom to choose a new, equally well-paying career afterwards, or if not, a compensation. Every legally correct competition clause (at least in most countries) in private business is formulated accordingly: if the former employee is not at all allowed to exercise the profession, a relatively high compensation must be paid.

A recent blog post on Euractiv by Alberto Alemanno and Benjamin Bodson looked at what is already possible according to EU law, in order to prevent Barroso from taking the GoldmanSachs job. In their view, the EU treaty does allow some heavy-weight legal, administrative or even media intervention. But the authors demonstrate that the treaty text is vague: Art. 17 (1) TFEU states that Commissioners and former Commissioners must “… promote the general interest of the Union and take appropriate initiatives to that end” (article 17 (1) TEU); Art. 245 TFEU requests officials “…to behave with integrity and discretion as regards the acceptance…of certain appointments and benefit”, even after having left office.

In private business, non-compete clauses are usually much more concrete. They outline very clearly what constitutes a conflict of interest and to which kind of activity, industry or otherwise, the non-compete agreement extends. Some clauses even state explicitly which industry sectors or positions cannot be accepted for a certain period of time.

Perhaps political positions need a more sensitive contractual clause of a similar kind. Conflicts of interest are prone to arise anyhow, and there is no sense in prohibiting former heads of state or international institutions to switch to an industry of their liking – but proper rules can help avoid political insensitivities. For the sake of trust in politics, that’s necessary.

At the same time, political insensitivities cannot be avoided by contractual safeguards alone. Goldman Sachs bears particular responsibility for developments during the financial crisis – which is not the case for every bank. Barroso had a particular focus on financial regulation during his term of office, for the same reasons. This is not the case for every Commission President.

Ultimately, the only means to fight conflicts of interest such as Barroso’s move, is public outcry. Media attention and clear statements by Heads of State, the European Commission, and most importantly, EU citizens. Barroso may now add to the frustration with the EU, but turning your back is not going to change anything. Not caring is equally dangerous. Every democracy lives from public debate and a system of checks and balances, that ultimately leads power back to the people.

Within the EU, more and more citizens leave this power to a frustrated minority with little political information or knowledge. It’s high time to get active.

By the way: If you want to learn more about how to get active or simply to understand the EU, contact us! IMConsult can coach, train or consult you: info@imconsult.eu