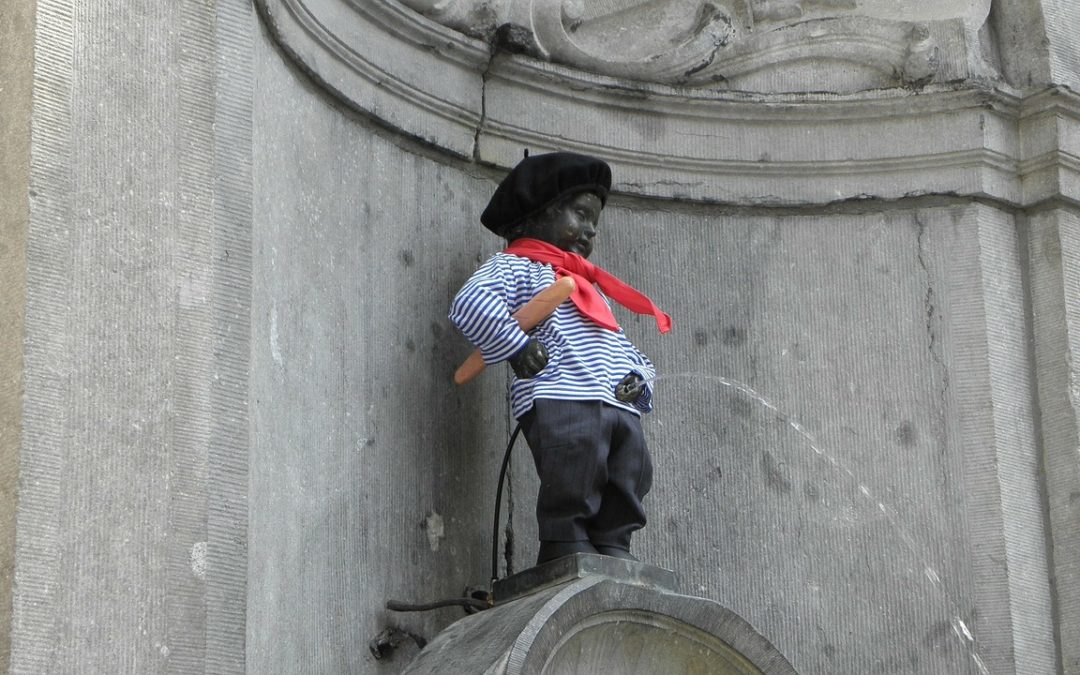 On 22 March, my European world was shaken. Two bombs first killed 11 people at the airport where I often leave at exactly the same time in the morning. Another bomb went off one hour later, at a metro station in the EU district where I often pass through or get off. This bomb killed more than 20 people – and amongst them a former colleague of mine, a young woman of 29 with a bright future ahead of her.

Now we are three months further, and this seems to be forgotten. Europe has quickly moved, various elections and a looming Brexit are catching our attention. Even in Brussels.

Flowers at the Maalbeek station reminded us of what happened – but now the station has re-opened, and the flowers are gone. Loved ones and colleagues we knew are gone forever though, and they leave painful empty spaces in our offices and in our hearts.

Shortly after the attacks, I started my blog.

And the first entry I wrote – and then did not publish – was this one. Given what happened, I could not just go back to business.

At the same time, I was not sure at all if I had the right to write on this topic. Yes, I was in Brussels, but nothing happened to me. I was not in the underground, not at the airport. And yet, I was and whenever I am reminded of what happened, I am still shaken. Someone I knew and valued highly has lost her life, but even before I knew this, I was heartbroken. Terror has come to Brussels, and it was a matter of the sheer luck of being there or not being there, especially for the expat community in this town.

There is no particular reason to return to the subject now. But I do feel that returning to normal makes it important to look back once more.  The attacks have been part of every conversation in this town for weeks – now life is slowly getting back to normal. But terror is still present – soldiers and military vehicles are everywhere and have become an integral element of the Brussels EU district and the tourism areas. Brussels airport has just a few weeks ago returned to normal proceedings. The situation remains awkward, even scary. And there is anger. Could these attacks have been prevented?

Much has been written about this already. I want to address these questions from a different perspective: Are we allowed to feel what we feel? What do these feelings mean for our European political bubble of political compromise? And how do we get back to normal? What kind of normal?

Why the European political world is so shocked

We often do away with our feelings in our European political world. We frame arguments, we research background information, we develop messages based on facts and figures. Emotions do not seem to have a place in this kind of work.

The pace is fast in Brussels, you may learn half an hour before a conference starts that you will sit on a panel and are expected to hold a speech in a language that is not your own. Or you find out that you have a day to get feedback from various departments in your headquarter before an important deadline expires. Hours are long, and you are ready at any time of the day to pitch your employer’s or client’s message.

We are certainly used to such high levels of stress. At the same time, we are human beings. And whilst we are used to work under strong time pressure when the stakes are high, we are not trained at all to deal with life-threatening situations.

Moreover, we are trained to plan ahead, to turn uncertainty into positive outcomes. Now, we are faced with a situation where we have to live continuously with uncertainty, and where we are at a total loss of influence on the outcome.

Accepting uncertainty is hard for everyone. Human beings seek security, and security comes from being able to control what is happening. Or at least being under the impression that you can control your immediate future.

People react differently to enormous stress. It all depends on how we interpret what happens. Our brains go on autopilot and they command us to escape, attack or freeze. To run away, to get angry, or to go numb.

Some of us have not been able to sleep well since the attacks. Your nerve system is overly stretched. You are overly aggressive, or overly sensitive to anything in your daily routine, to your children or your partner. Or you don’t feel anything, to the extent that you are ashamed of it.

Some of us are better able than others to distance themselves. To feel sorry for others, but to put a fence between what is happening to someone else and how this has an impact on them. Oftentimes experiences from our early childhood determine what how much and in which way something affects us later on.

Situations trigger emotions we had back then, because at that early stage, we were not able to understand. We could only react with fear or joy. And that brings us to what we need to get over a difficult situation: we need to understand, act, and learn, before we can get entirely back on our feet.

The VUB has initiated a survey straight away after the attacks, seeking to detect how people cope with stress. Their hypothesis is that people who have had similar experiences, have a harder time coping.

People do have different levels of resilience, and this depends on many factors – including similar experiences, but also whether and how fast we are able to understand what has happened, and then get back to acting and adapting our behaviour accordingly.

When looking at Brussels from the outside, life has almost gone back to normal. The metro is running and crowded with people. The airport is as crowded as ever.

Most of us have managed to cope with what happened. That it happened here. We have developed some understanding of why it happened. And we have talked about it with friends, colleagues and strangers who happened to be in Brussels with us in the aftermath of the attacks.

And some of us, and maybe even some parts of everybody’s brains in Brussels, remain in denial. We ignore that this could happen any time again, anywhere – because our fears of what else the future may bring, are strong.

You may think that this is complete rubbish. Best way to get back to normal: get back to work, distract yourself. That’s indeed also a way. For a short while. And we are all doing this to a certain extent.

At the same time, we can have feelings, mourn, feel shocked, admit that this was too close for our liking, and still be resilient. That’s how we become resilient. And the better we integrate our feelings, the more resilient we will be, and the better able we are to face anything life throws at us.

IMConsult supports you with this integration to ensure you or your team’s professional development does not suffer – on the facts and figures just as much as on integrating feelings. Get in touch with us for individual or team coaching for transformational processes and other issues.